Discover the city with five towers and its European history illustrated by 250 pictures of its monumental and artistic heritage !

From the first step in Tournai, the history of Europe emerges. On the death of Louis the Pious, Charlemagne’s Empire is shared between his three sons. Charles the Bald receives Western Francia, which is the origin of the kingdom of France. The river Scheldt is a natural border and Tournai is divided between France, left side, and the German Empire, right side. The city is the center of desire fueled or justified, rightly or wrongly, by inheritance between these count, ducal, royal and imperial families who marry, divide or reconcile according to their desire of greatness, heritage or pride.

Tournai is Gallic then Roman, French, autonomous municipality, Burgundian, French, Spanish, Dutch, Belgian, German… The French Revolution creates the department of Jemappes in which Tournai is included. After the fall of Napoleon, during the Treaty of Paris, the king of France, Louis XVIII, claims, without success, the return of Tournai in his kingdom. Tournai, in the department of Jemappes, will be integrated into the new Belgium. Thus, at the Congress of Vienna in 1814, the cradle of France, the capital of the kingdom of the Franks, is part of the kingdom of the Netherlands attended the Netherlands and Belgium led by William the Silent, prince of Orange. Protesting against the authoritarian king, the Belgian revolution will break out, the French army comes to the rescue the young Belgian nation and lays siege to the citadel of Antwerp to drive the Dutch out of Belgium.

Landlocked in the County of Flanders, the people of Tournai are still attached to the crown of France, the three royal lilies are still part of its weapons. It’s perhaps Joan of Arc in her letter to her Tournaisiens who can summarize this complexity, «25 juin  1429 Gentilz et loiaux Franchois (gentils et loyaux Français) de la ville de Tournay, la Pucelle vous fait savoir des nouvelles de par-de-cha que en VIII jours elle a cachié (chassé) les Anglais…». War is declared between the ducal court of Burgundy allied to the king of England and the court of France. Jeanne, defending the king of France, was captured by the Burgundians and sold to the English.

Tournai is intended to be one of the most important cities in France and capital of Flanders by Louis XIV. The city is fortified with a citadel, and becomes « the lock of its territory ». In the 19th century the city is rich, the political and economic decision makers will open the city to the outside by dismantling the fortified walls. The medieval city makes place to a modern open-minded city. This is the current face of Tournai.

As border town and city of communication Tournai is often besieged, conquered, razed and rebuilt … The Romans made it their «Second Rome» But in the 3rd century, the people refuse to pay taxes, the city is destroyed by the occupant and the same happens in 1940 when German incendiary bombs will destroy the historical heart of Tournai.

In its origins, the county of Flanders extends from Dunkirk to Zeeland including Lille, Tournai and Kortrijk. Is this the genesis of Eurométropole that perpetuates economic, cultural and historical ties in this Euroregion nibbling a little on the right side, in the old German Empire, which makes it so difficult to explain the Picardy region ?

The history of Tournai is written within its walls. In a first approach to this city which is sometimes difficult to apprehend, we offer you to discover the traces that tell its history, there where your steps will guide you in this millenary city, into the heart of the Big History of Europe. 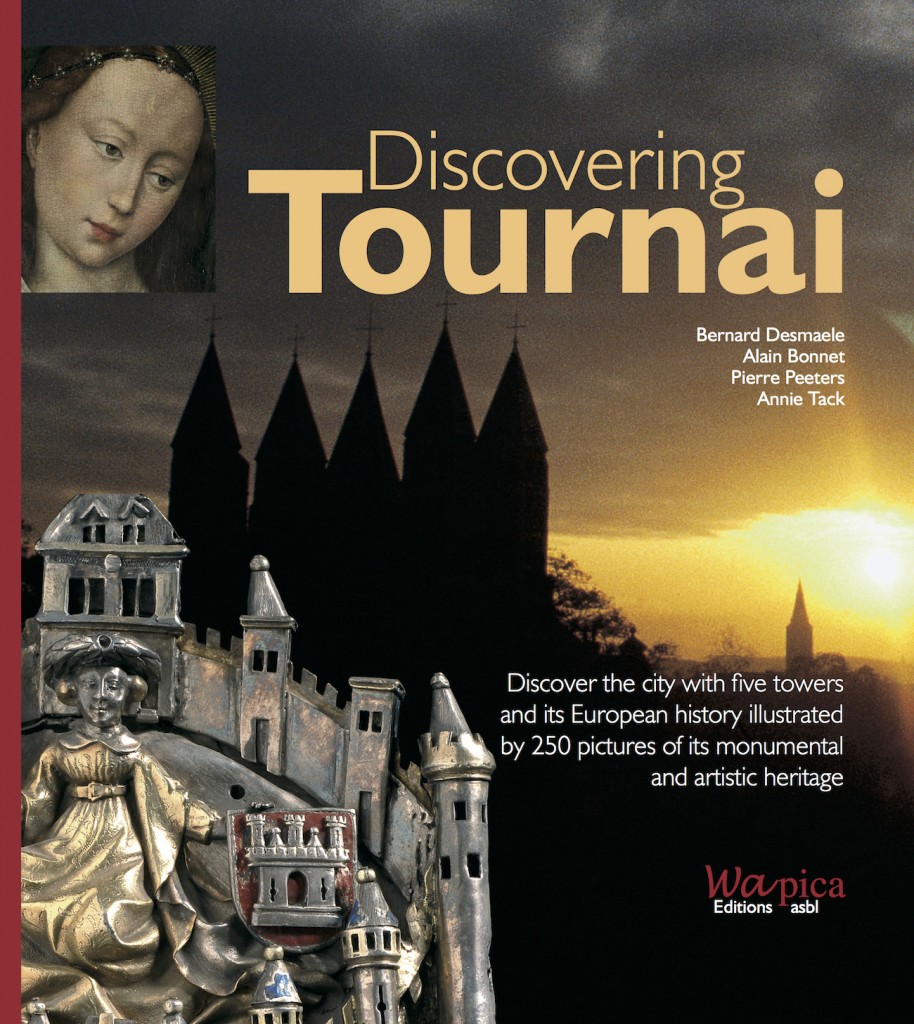